Get started for free today

A sustainable school run – the next major opportunity for independent schools

Implemented correctly, a greener school run can significantly improve the lives of all involved and result in tangible long-term benefits reaching far beyond simply a lower carbon footprint.

A lack of trust around public and shared transport (including dedicated school transport), combined with the typically longer home-to school journeys experienced by independent school pupils, has led to many parents driving their children to school in single-occupancy cars. On top of its impact on traffic congestion, this has a significant effect on schools’ carbon footprint and the air we breathe.

As society is placing an ever-greater focus on sustainability, cleaner air and greener initiatives, schools are considering the steps they could take to make their own operations more environmentally-friendly. Up to now, the focus has been mainly on site buildings and infrastructure (lighting, heating etc.) but the daily school run, responsible for approximately a quarter of rush-hour traffic as it stands, must be considered as part of this if we are to avoid a car-led recovery from the pandemic at the expense of our children’s health and wellbeing. Action in this area is made all the more crucial given that estimates from Unicef suggest that up to two-thirds of the toxic air particulates that children breathe is during school hours, and this can impair health and cognitive development over time. 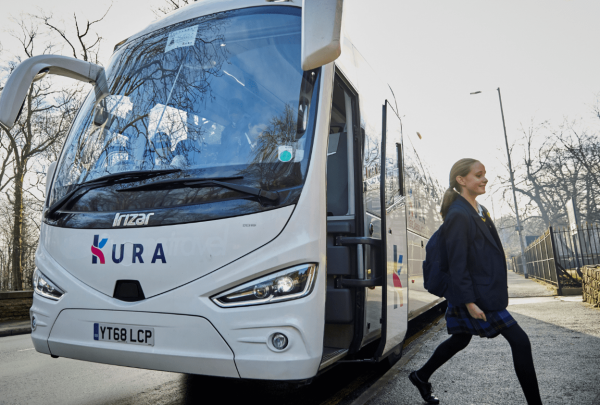 A green goal is a worthy target, but when taken alone it is usually not enough to convince those involved to change their behaviours, or to justify the potential upheaval of overhauling a system with so many moving parts. However, implemented correctly, a greener school run can significantly improve the lives of all involved and result in tangible long-term benefits reaching far beyond simply a lower carbon footprint.

The need for schools to adopt greener practices is not lost on pupils, who have directly expressed a desire for their school to do everything it can to prioritise sustainability. When we asked parents from independent schools about their child’s attitudes towards the environment (Kura Green Guide), 68 percent of them reported that their child was more interested in environmental issues than they were.

More tellingly, it was also reported that 54 percent of independent school pupils expressed an active desire for their school to be ‘as green and environmentally-friendly as possible’. Given that this view was actually exceeded by the parents themselves – with 60 percent having the same wish – it is clear that green credentials are rapidly becoming a crucial differentiator when it comes to how attractive an independent school is perceived to be by prospective attendees.

There is also the broader benefit that alternative methods of transport tend to be more sociable than car journeys. Using the car, pupils just have their parents and – if they’re lucky – their siblings or a carpooling school friend for company, whereas shared transport and journeys on foot can be organised in groups.

Through this, pupils are able to spend more time with their friends and classmates, unwinding and catching up outside of the traditional classroom environment. Particularly given the crippling effect that the past year of lockdowns have had on pupils’ social lives, any way in which schools can facilitate pupils spending time together should be encouraged as a means of furthering pupils’ long-term development.

Currently, parents directly managing the school run are responsible for endless tears, tantrums and stress-related screaming matches – and that’s just the parents themselves. Our research into the school run ‘parental pain points’ found that more than half (55 percent) of parents at independent schools dislike the school run and wish there was a way to make it easier.

Furthermore, 45 percent of parents report that the school run is a regular source of stress or arguments in their household, and a significant 31 percent are frequently late for work or important appointments due to issues with the school run. Despite these problems, many parents still feel the need to directly manage their child’s school journey every day, which often means a
significant increase to the number of polluting cars on the roads during rush hour. Why is this? Simple – for many parents, there is no sustainable, reliable, convenient alternative. 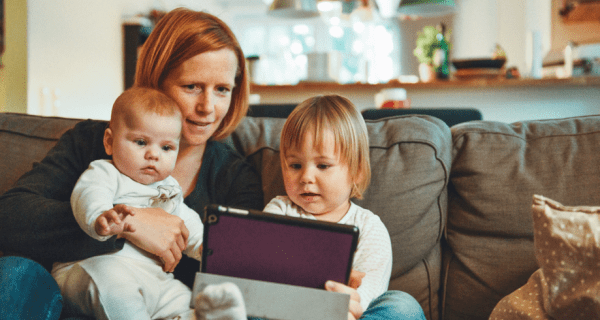 Transport is consistently ranked in the top three decision-making factors for parents when choosing a school. Simply put, if parents cannot be confident that they have a convenient, safe means of taking their child to school every day of the week, then all other considerations fall by the wayside.

If schools can put parental fears around the safety and efficiency of their transport at rest, then parents will feel confident enough to stop the school runs and keep their cars away from the school gates. Given that just one 49-seater school coach replaces an average of 31 cars on the road, schools that begin working towards this goal will significantly improve their carbon footprint, make families’ lives easier and become a far more attractive prospect to parents.

School staff also worry about excessive single-occupancy car use. In Kura’s recent “Investing in Technology for School Transport” survey of school leaders from across the UK, we found that 13 percent of them were concerned about the toxic air around their school as a result of traffic fumes, and a further 21.7 percent felt that the number of cars clustered around their
school gates every day were a problem.

Nearly half (43.6 percent) of school leaders also highlighted the critical role a well-managed school run has to play in pupil wellbeing. Cutting out toxic, stressful car journeys in favour of greener alternatives, such as walking, cycling and shared transport, starts pupils’ day off in the best possible way. This in turn ensures they are able to spend as much time as possible in the classroom, which positively impacts their own development and teachers’ capacity to do their jobs.

How to implement a greener, smarter school run

As only 31.2 percent of schools have invested in measures to improve their carbon footprint over the past decade, many run the risk of falling behind the curve. So how do independent schools make the move towards a greener, smarter school run?

Without doubt, greener, zero-emission transport modalities such as walking and cycling should be encouraged wherever possible. However, given that independent schools often have a significantly longer home-to-school journey than state-run equivalents – in a parent survey, we found that independent schools were often more than six miles from 51 percent of pupil households, compared with 20 percent of state school equivalents – this will not be viable for all, and a holistic approach to school transport is required. 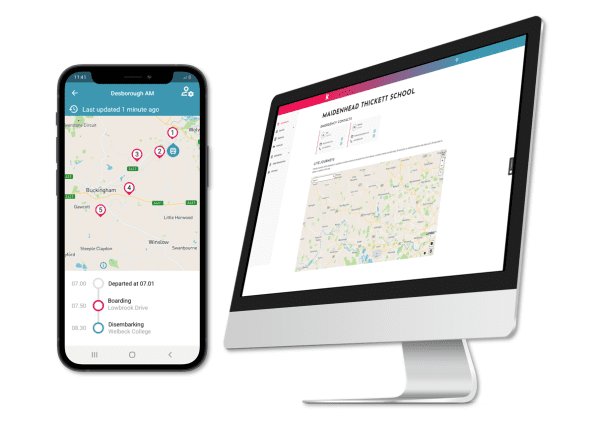 Apps, such as HomeRun, can help to reduce car usage on school commutes and can also collect data directly from parents regarding their child(ren)’s mode of transport, supplementing this with actual data on emissions from the DVLA. This holistic approach allows schools to track trends, spot areas where transport links are lacking and take positive action to ensure safer, greener, more convenient alternatives and quantify improvements.

Coupled with shared, school managed transport, this sees rush-hour traffic congestion significantly ease while also improving a school’s carbon footprint by eliminating as much as 5,000 kilos of CO2 annually per school. The future of home-to-school transport for independent schools lies in smart, shared transport that parents feel safe using and can trust to care for their children.

Just as technology is transforming transport more widely, successful shared transport solutions should be underpinned by innovative technology that removes parental worry such as pupil safeguarding concerns, and allows schools to devote more time to their pupils.

Why independent schools should get on board

The school run is a continual challenge for pupils, staff and parents alike – all of whom, as our research shows, are increasingly conscious of their school’s environmental impact. Subsequently, independent schools that can provide parents with more sustainable and convenient modes of transport for their children become a far more attractive prospect to all stakeholders.

Given that many schools remain behind the curve, the financial, reputational and environmental dividends in store for schools that take steps to meet this clear need are virtually limitless. Technology can add huge value to the school run, helping to manage existing transport solutions more effectively via self-serve software that makes pupil and vehicle tracking available for schools and parents. This reduces administration, simplifies parent communication and increases demand for shared transport.
And all it takes is one extra new pupil admission to fund annually.

A safer, greener, smarter school run, with technology at its heart. Pupils want it, their parents want it and some schools – a select few innovators – are already doing it. Now is the time to get on board, or get left behind.